Are discounts smart for phone pay? 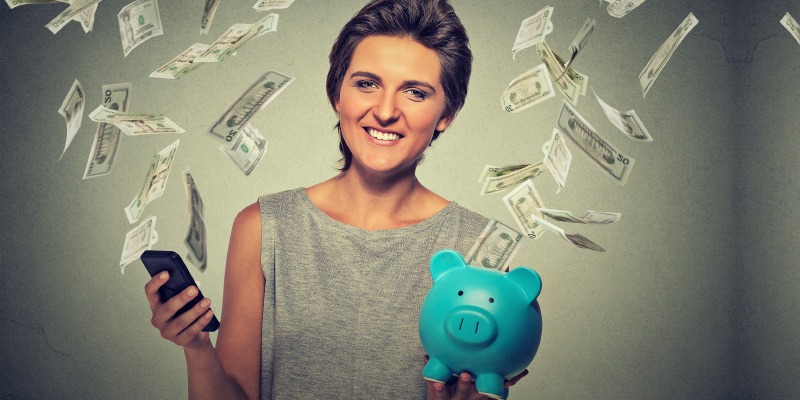 Americans love their phones, but apparently not when it comes to payment. The high hopes of app makers are being dashed by low adoption rates. An estimated 195 million U.S. adults own smartphones and just a tiny fraction use them as wallets.

Ready for a reality check?

Paying at the pump by phone was the choice of only 4.5% of 10,000 consumers surveyed by GasBuddy in collaboration with pymnts.com. Debit cards, credit cards and cash were the preferred methods of payment when fueling up by a wide margin.

And some of the biggest names in mobile wallets — Google Pay, Apple Pay and Samsung Pay — had similar low numbers when a study of 2,000 consumer transactions was conducted by InfoScout and pymnts.com

The survey found that while 13% have used Apple Pay on their iPhone at some point in time, only 3% did so on their last visit to a merchant accepting the mobile wallet.

Google Pay (formerly Android Pay) and Samsung Pay came in at 7% and 5%, respectively, for use of those mobile wallets at one point. Usage of both fell to 1% on the last visit to a participating merchant.

The big winner — if you can call it that — was Walmart Pay, with 24% of adult smartphone owners (regardless of operating system) using it at some point in time, but dropping to a mere 6% on their last participating merchant visit.

GasBuddy’s study shed light on what motivates consumers to pay by phone at the pump — saving money. And while speed and convenience also factor in, it’s getting a discount or building redeemable reward points that drive mobile wallet adoption at gas stations.

Unlike smartphone pay-crazed countries like China that grew organically through gaming apps and social networks, mobile wallets in American society struggle to compete against the credit card industry which has decades of infrastructure in place and billions poured into marketing campaigns enticing the public to pull out the plastic, spend and get rewarded.

At a recent convening of the laundry industry at Clean ’19, both third party mobile pay app providers and original equipment manufacturers (OEMs) rolled out coinless options to a self-service laundromat segment where the overwhelming majority remain tethered to the low denomination quarter.

Coin-op laundry owners are, by and large, at Point A when it comes to payment, and the phone apps are at Point C. Jumping from quarters to mobile pay means leapfrogging past the higher denomination dollar coin — a field-proven format with no learning curve.

The bells of whistles of the newest handheld device “pays” require a bit of hand holding and incentives to get people on board to download the app and use it to transact. And most operate in concert with a QR code to facilitate individual machine identification.

One company’s online marketing presentation is particularly eye-opening, suggesting owners attract users with a $5 top up for every $20 loaded to the mobile wallet. Yes, that’s a 25% bonus (or discount), depending on your perspective.

It appears some hoping to change the habits of a largely coin-operated industry to one where smartphone pay rules caught wind of lackluster adoption rates tallied at gas pumps and retailers and decided big giveaways would win ’em over.

Taking a cue from the value-added laundry card crowd — which boasts of 10% loyalty bonuses ($2 added for every $20 load) — this one particular app upped the ante betting that 25% would get wash customers to pull out phones, not coins.