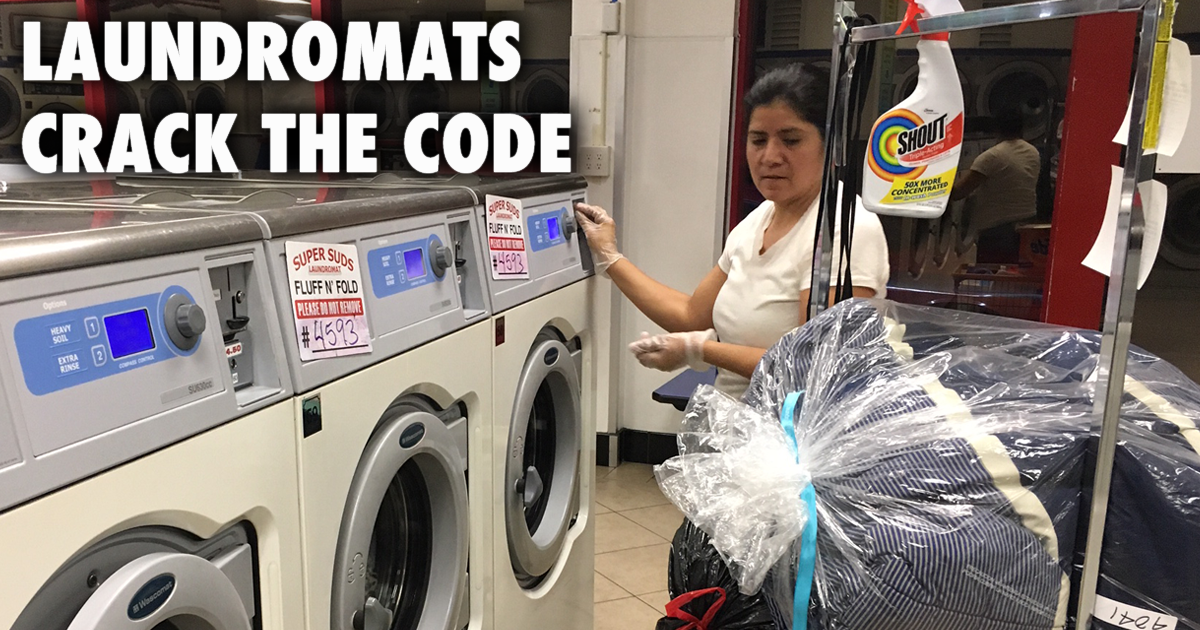 Laundromats have finally cracked the code on getting more people to use them: Bring the store to their front door. That’s right, put the laundromat at the welcome mat.

Picking up and delivering laundry might not be new, but having the neighborhood self-serve do the schlepping is. Bundle after bundle after bundle — laundromats nowadays are loading up machines by hitting the road.

Aaron and Matt Simmons got on the pick up & delivery bandwagon a few years ago. Aaron took stock of his parents’ established Super Suds Laundromat in Long Beach, California, and initially transformed it into a drop-off dynamo. When over-the-counter went over-the-road, Matt joined his brother and the two developed Curbside Laundries, a point of sale system designed for other shops wanting in on the hot niche market.

Seemingly overnight, a very successful laundry started by Sanford and Linda Simmons was propelled to the next level by their street savvy sons. Brick and mortar was no longer defining the Super Suds operations. This family business had tapped into a customer base that was always there, but never pursued.

The sheer volume of bags being trucked into Super Suds soon overtook what was carried in by self-service and wash-dry-fold patrons. We’re talking tonnage here — a new income stream well into the six figures.

The coin-op industry has always pitched households to launder in public. But getting single family homeowners and their clothes out of the basement wasn’t as easy as plucking apartment dwellers from centralized facilities. It was a hard sell.

As far back as the 1940s, consumers could own their own Laundromat by hooking up Westinghouse’s popular front load washer-dryer pair bearing its trademarked name.

When top loaders seized command of the domestic market, laundromat operators saw an opening to reel in homebodies with rows of Big Boys, capable of handling bedding and bulky items that no sane person would dare wrap around an agitator.

Coin-ops to this day still get their fair share of seasonal do-it-yourselfers who pop in to clean a comforter or doggy bed. But what’s not being hauled in by homeowners is the mountain of kids clothes. That pile of money remains stacked high in the laundry room awaiting a spin in an uber smart, extra large capacity washer and dryer.

Cashless pay for everyone

Aaron and Matt brought their storefront facility online. For residential customers, this new laundromat experience clicked, especially when they weren’t bothered to go there in person or even place a phone call. Tapping in an order for personal laundry pick up & delivery service meant no basket hauling and no face time with unfamiliar machines.

Even though these patrons never step foot inside, their impact is being felt in store operations. Super Suds’ third shift gets busy around 10 p.m., knocking out what drivers ferried in hours earlier. Laundry throughput sure revs up when the night crew doesn’t have to compete with daytime customers for machines.

Aaron and Matt’s staff processes every load in every washer and dryer without touching money. The system offers security to employees in the wee hours, as well as peace of mind for the operators who prefer a cashless bank.

Super Suds utilizes the same pay format for both its bundle and self-service businesses — tokens. Higher value dollar tokens used in combination with lower value quarter tokens. And each is accepted at dual token drops installed on all the machines in the house. Simple, reliable and oh so cost efficient.

The Simmons brothers cracked the code of the lucrative home laundry market. And they accomplished this feat without having to break the bank when it came to a cashless payment format on the laundromat floor.

Get a closer look at Super Suds in a video here.