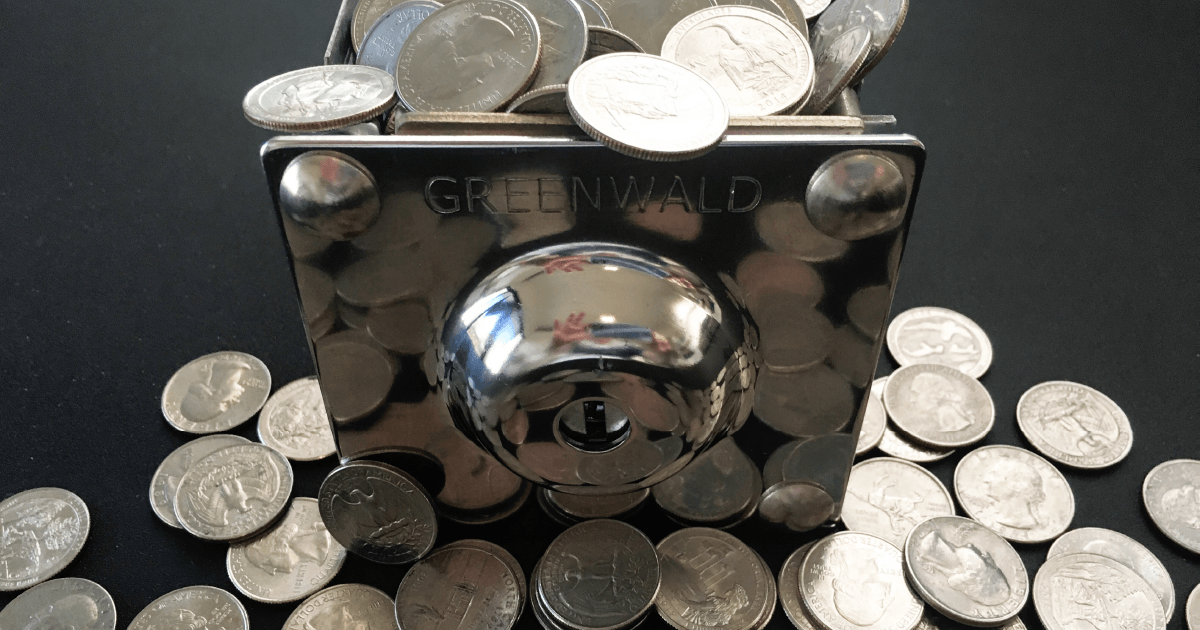 Laundromat operators are facing a critical space shortage. Most cope the best they can, but not without sacrifice. Others are deciding whether it’s time to give up running a coin-op.

This kind of real estate crunch has cycled through the industry before. In fairness, most laundry owners can be forgiven for not knowing the best way to deal with the latest bubble. The same can be said for any distributor or sales pro who doesn’t have a few decades under their belt. After all, this one has been building since the 1990s.

Nearly 30 years after the last dime was pulled from collections, the quarter continues to dominate self-service pay with 86% of machines accepting them, and six-in-ten operating quarter-only, according to the latest Coin Laundry Association national survey.

Your own store likely boasts big machines and commands high vend prices, yet you find yourself saddled with a small, low denomination coin. The 32 quarters your regulars drop in for an $8 wash accumulate fast and guess who’s left holding the bag.

Every square inch of your laundromat’s money vaults become packed, dragging you out of bed to empty them just to make it through the weekend. And over at the changers, the insatiable appetite for small coins calls for more and more hoppers filled to the brim. The bills being inserted may have grown in denomination, but not the coins paid out. A twenty is traded for a whopping 80 quarters.

It’s those tiny parcels of prime real estate built to handle cash flow where you feel the crunch.

Laundromats have long grappled with payment space constraints. The early horizontal coin slides — where quarters, dimes and nickels were laid down or even stacked in slots — served the industry well, but eventually ran out of room.

The advent of the vertical coin slide kept the push-and-pull vend going until they maxed out, ushering in the era of roll-down style coin drop acceptors fitted to top loaders, front loaders and dryers.

While the coin drop became the industry’s new workhorse and offered a viable, long term solution at the point of purchase, limited capacity money vaults soon boxed in owners space-wise.

Those clinging to the quarter discovered a bigger box wasn’t the answer. Some washed their hands completely of coin operation, pledging loyalty instead to a card system.

Hybrid pay trumpeted in a new bid to rid coin-ops of quarters. The menu of credit/debit and loyalty cards, digital wallets and smartphone apps offer an array of tantalizing options, but falls short when it comes to customer adoption.

Give your patrons a choice paying at machines and coin always wins — plunking beats swiping and tapping.

Most hybrid reader/coin machines are quarter-only. The result: Owners still collect and recirculate bucketfuls of them.

Bring up the subject of coins with hybrid fans and you’d think the government stopped minting at 25 cents. In fact, cashless pay leapfrogged past the dollar coin, leaving behind in its wake a ready supply of space-saving legal tender.

The math is simple: One “golden” dollar replaces four quarters. The smaller coins can still come along for the ride through your laundry, but they’ll be taking a back seat. Sorting is a non-issue with today’s lightning-fast electric units.

Keep in mind that laundromats progressed from dimes to quarters without pain. If the thought of circulating a higher denomination coin at your store makes you uneasy, take comfort knowing it has stood the test of time.

Better yet, look at our industry’s forward-thinking operators. How did they solve the real estate crunch at their laundromat?  They picked up room by picking up the dollar coin.