What’s kickin’ at the kiosk? 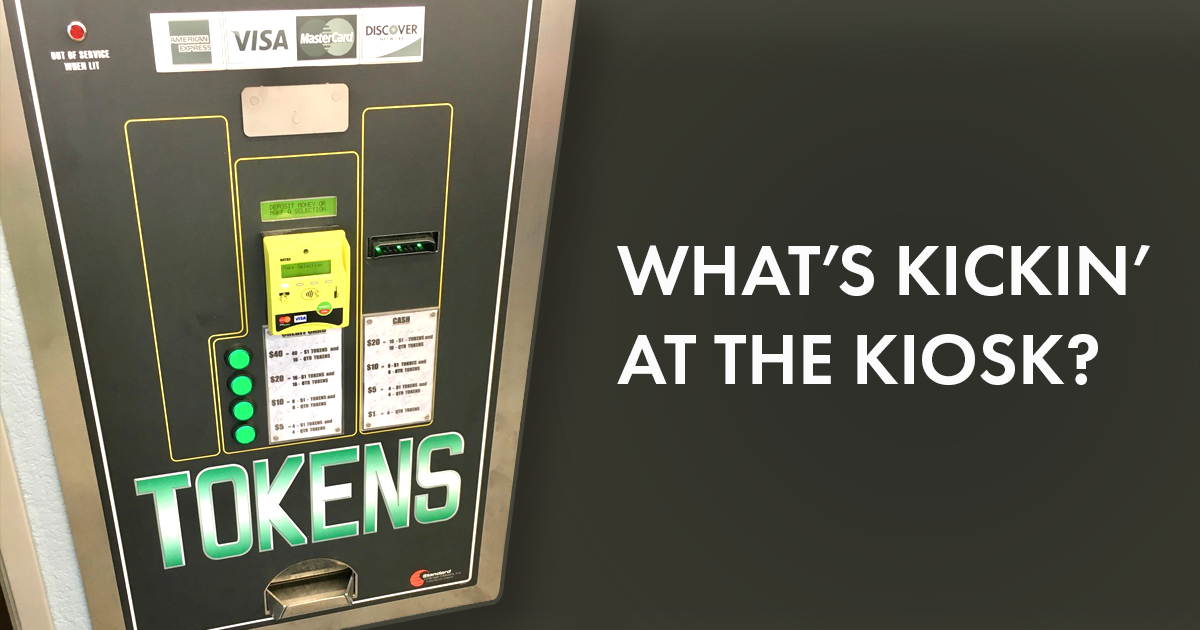 Laundromat pay kiosks have been around for decades.

What began with the simple push-pull of a coin slide spitting out wafer-thin wash tickets graduated to ones and fives being exchanged for value-added cards. Soon it was central pay’s turn, bypassing the plastic altogether with a direct link to every machine in the house.

Walking up and paying up at the kiosk remains a cornerstone of what’s long been heralded as the laundromat’s next frontier — a world of clean without cash.

Seems someone forgot to tell the customers.

It turns out laundry patrons are more likely to insert money at a kiosk than swipe a card or tap their mobile wallet. Cash is indeed king when it comes to pay station transactions, according to a recent social media poll.

Seven-in-ten store operators (69.6%) with a kiosk reported cash as the most popular means to transact business at their device. Credit/debit cards and smartphone wallets came out on top for 21.7% and 8.7% of laundry owners, respectively.

The findings from Facebook’s Laundromat Owners Showcase snap poll show yet again how cash is favored by consumers of self-service laundries. That’s not surprising given nearly one quarter of Americans are either unbanked or underbanked, leaving them outside the reach of credit and debit cards or mobile pay options.

All the moolah customers feed into pay stations is one thing. What owners give back is quite another. Freebies are flowing like never before. Facebook is filled with posts, promos and threads in a public display of oneupmanship as to who can offer the most.

Just how far will operators go to entice people to part with their money in exchange for a little loyalty? Try the extra 25% load tacked on to each and every $20 bill spent at a West Coast card store. Or check out a Midwest hybrid chain whose opening salvo is dollar-for-dollar rewards.

Those proclaiming cash is dead are the very same ones offering the biggest incentives to bring it in. Transacting with money isn’t just accepted, it’s encouraged!

Cashless in name only

Make no mistake, laundromats with kiosks aren’t cashless businesses. They rely on the almighty dollar just like any coin-op.

Laundry kiosks and proprietary card systems are tied to cash as tightly as mobile pay is tethered to credit and debit cards. Yanking out every coin drop won’t stop money coming through the door. It’ll just be stacked up in a cabinet. Coinless yes, cashless no.

Dispelling the myth behind these so-called cashless operations goes a long way in understanding exactly why kiosks remain part of the industry’s payment landscape. They exist because of their arch nemesis — the quarter.

Nothing comes close to the quarter’s domination in laundromat pay. And with larger machinery commanding higher vend prices, there’s more and more of them to deal with.

Kiosks reduce or eliminate coin collections by cutting off bill change-making and transferring the dollar value over to a card, app or machine.

Kiosk marketers pitch their hardware much like other alternative payment platforms by calling coin usage a “daunting task” or “burden.” But the two words you’ll never hear them say are “dollar coin.” And for good reason. They don’t want you to know that money handling and collection frequency are dramatically reduced by simply replacing four quarters with one higher value coin.

Embracing high profile technologies targeting the quarter can cost a pretty penny when pay stations, device networking, fees and maintenance all come into the picture.

The idea of consolidating cash inside a kiosk is a good one. I did just that to help ease collections for my dad at our family’s flagship quarter coin-op way back in 1984.

Our earlier attempts to go plastic with tickets and tokettes had gone south and we eventually circled back to coin. There was something about keeping things round that made sense for a laundromat. The ingenious solution: Token kiosks.

My father’s hour-long collection routine was reduced to five minutes. He’d unlock our cash-for-token changers, grab the bills and head out the door. Those “no-cash-value” brass tokens sitting in the washers and dryers could always wait.

The modern laundromat pay kiosk is as simple and economical as dispensing dollar or quarter valued tokens from a changer. Customers use cash, credit or debit cards to obtain tokens and drop them in at acceptors on washers and dryers.

Kiosks are alive and kickin’ — especially the ones kickin’ out tokens.