Zeroing in on Gen Z 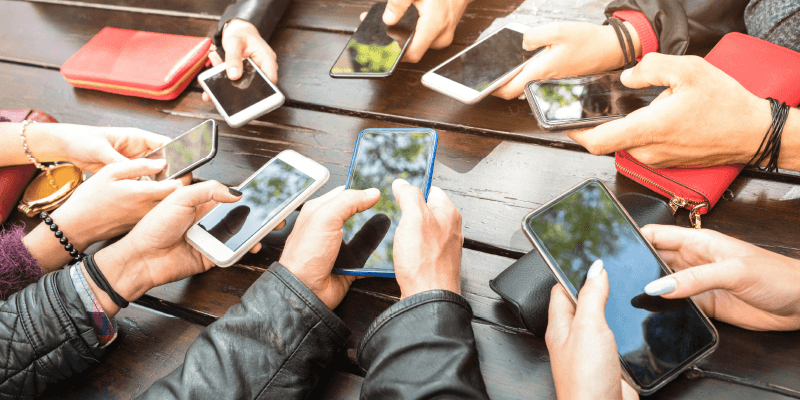 It turns out that self-service pay for some laundromat owners comes down to letters, not numbers.

Little by little, Generations X and Y are taking over the reins from baby boomer laundry operators, bringing new vitality to the sudsy industry. These entrepreneurs are hitting the wash aisles in their thirties and forties to build, retool and aggressively market in a drive to keep the laundromat an American institution.

But while Gen X and Y see opportunity in wash and dry, they’re zeroed in on Z — the populous generation turning of age.

What’s all the hubbub in the bubbly world of laundry over the spending habits of these up-and-comers? Well, gadgets, of course. Gen Z was raised on them, and they’ll surely want the latest and greatest devices when it comes time to pay.

The fear is if Gen Z zips while the Gen X or Y laundromat owner zags, they’ll take their dirty clothes — and spending — elsewhere.

Young laundry operators know their own kids don’t carry cash. They are also keen observers of what goes down in retail checkout lanes when debit and credit cards — not bills and coins — come out to be swiped, inserted, tapped or waved.

Moreover, Gen X and Y laundry owners are dialed into the Gen Z lifestyle that revolves around smartphones and apps.

Looking at the payment landscape through the lens of Gen Z has led a segment of the newest generations of laundromat owners to conclude that it’s best to go all in now by adopting technology they see at work in Starbucks, Walmart or Home Depot, and replicate it on every washer and dryer. They are banking on Gen Z to usher in a generational change in the world of laundry pay.

Tokens, are you jokin’?

When this 59-year-old baby boomer brings up coin and token formats to an audience of young laundry owners, most bristle at the suggestion. What, Gen Zs with coins tucked into the pocket of their Levis or Lululemons on wash day? Not a chance.

The mere mention of placing an ATM in their laundromat or implementing the field-proven, economical alternative of a one-stop, credit card-to-token format are both quickly dismissed. To them, a multi-level pay platform can’t be considered unless it’s front and center on all machines.

Mobile pay is on the move, but what’s really raising eyebrows are the low adoption rates of apps by U.S. consumers. Smartphone pay remains in the single digits, eclipsed by the dominant forms of payment — cash, debit and credit.

The eagerness of those laundromat owners who decide to jump in with both feet and make a splash by embracing some forms of cashless pay also paints many of them into a corner. Taking delivery of factory-supplied machinery without housings for traditional coin operation means retrofitting is off the table should they have a change of heart — that is, unless they’re willing to fork over a good chunk of change to install the infrastructure and change out panels.

When it comes to micropayments, which are typically defined as $10 or less, there’s a pretty hefty price for owners to pay when cash isn’t the medium for the transaction. The hardware costs up front and fees every step of the way really add up. You can batch, but you can’t hide. Let’s be honest, pay by plastic wasn’t created with micropayments in mind.

Last year, a study by the Federal Reserve Bank of San Francisco revealed that cash was used in 55% of all payments under $10 in value, meaning the lion’s share of micropayment transactions were conducted with bills and coins. Debit cards accounted for 21%, while credit cards came in at 14%.

If you own a laundromat, chances are better than 50-50 that the customer walking through your door transacts with cash.

App developers are betting on Gen Z to pave the payment landscape with mobile. Meanwhile, Facebook and other giants — even Walmart — are poised to launch their own digital currencies. And the big money players behind credit cards? They’re locked and (extremely) loaded for battle. The field is taking shape, the stakes are high and, yes, there will be winners and losers.

Given all the uncertainty, perhaps taking the time honored, slow-and-steady method may be the best course of action for laundromat owners. By all means, go ahead and dip a toe in the water and check the temperature first.

The most economical options are to employ a single credit/debit card reader in either an ATM or token dispenser and pair it with dual coin acceptance. You’ll win over the cash and cashless crowds in your laundromat with proven formats without breaking the bank.

Once the dust settles in the pay wars, you can then make your move forward based on the numbers, not the letters.